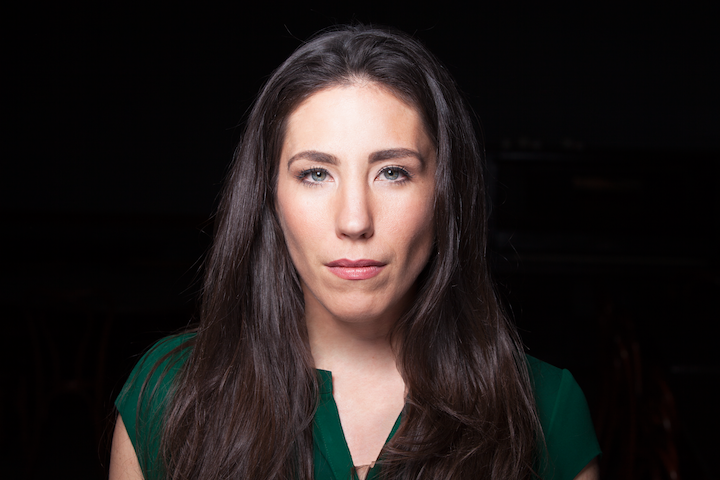 We’d like you to get to know Vanessa Calantropo of Homemade Fusion!

TOP: What drew you to Homemade Fusion?
VC: Iwas drawn to Homemade Fusion because I’ve been a fan of Koomin and Dimond’s work for some time now, and I really wanted an opportunity to sing their music and hear it performed well. The style of the show is very open to interpretation, and the songs stand alone and the characters can become very versatile.

TOP: What makes this musical worth seeing?
VC: This musical is worth seeing because there is some fantastic talent in the cast. I’ve worked with a few cast members before and I’m excited to share the stage with them again, while others I’ve only admired from the audience. Our director, Meghan is really encouraging us to delve deeper into the music and words, to create a character that can be glimpsed in the span of one song.

TOP: What are some of your favorite roles?
VC: Some of my favorite roles were surprising to me, while others I knew would be my favorite from the moment I was cast. One role that surprised me was Gussie Carnegie in Stephen Sondheim’s Merrily We Roll Along. When I was cast in The F.U.D.G.E Theater’s final production of this show I knew nothing about the part. But from the moment I read the script, I knew I was going to have a ball playing this character. She was so over the top, and so self involved; she was wickedly fun to play. Another role that I hold dear to me was Cathy in The Last Five Years. I think it’s every musical theater girl’s dream to play this role, and I was lucky enough to have this be my farewell performance with my longtime theater on Nantucket.

TOP: What do you do during the day or for fun outside of theater?
VC: During the day I work in a pediatric dental office. I know way more about children’s teeth than I should. When I’m not performing I love to do yoga, and visit my family in Maine.